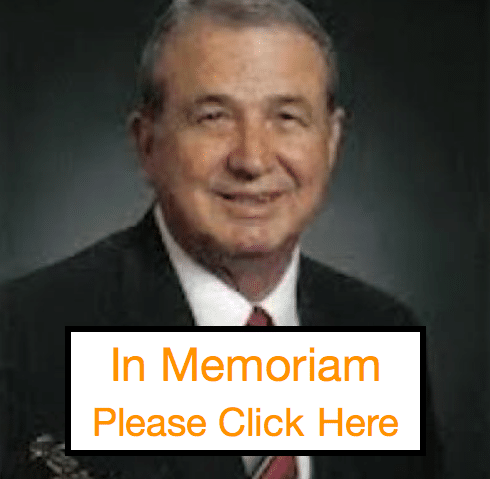 Robert Weyman Ethridge, 81, of Port Orange went home to be with his Lord on January 4, 2020. He was diagnosed in mid-December with advanced ALS. Weyman was born in Nashville, GA on August 7, 1938 to the late Robert and Eloise Ethridge and had one younger brother, Willard. He graduated from Cook High School and the University of Georgia, where he was a proud member of the Redcoat Marching Band, and played the trumpet. He was also a member of the Sigma Chi Fraternity, and he graduated from the school of Pharmacy. While in college he married Dorothy “Dot” Stutts, his childhood sweetheart. The Ethridges moved to Daytona Beach in 1961 and opened Weyman’s Apothecary in Ormond Beach in 1966. In 1974, Weyman was elected to the Daytona Beach City Commission where he served his city with integrity until 1995. In the early 80’s, he purchased Black’s Pharmacy on A1A in Ormond Beach where he operated his business until 1994. He was the Pharmacy Director for the Stewart Marchman ACT Corporation for 27 years and was a Consultant Pharmacist for over 12 facilities throughout Central Florida which he continued until October 2019. Weyman served as a member of many organizations which included: Daytona Checkered Flag Committee, Daytona Rotary Club, Lions Club, Shriners, Quarterback Club, Volusia and Florida Pharmaceutical Associations and was a 50 year leader with the Boy Scouts of America. He was also a Deacon and Trustee at Providence Church. Because of his years of outstanding community service, Weyman was awarded the prestigious Bowl of Hygieia Award in 2000 by the Florida Pharmacy Association. Weyman served many years as a Trustee of the Florida Pharmacy Foundation.   He enjoyed traveling and spending time with family and friends. He also loved watching his Georgia Bulldogs play football. Weyman is survived by his children and wife, “Dot” of 61 years.   In lieu of flowers the family requests donations be made to one of the charitable organizations listed below:
The Shriners Hospital
The St. Jude Children’s Research Hospital
The ALS Foundation

Back to Board Members